Sunette Bridges posted this list on her Facebook page today. The list contains the names of whites murdered in South Africa during the course of 2013 only.

The first question liberals would ask is 'Why whites only?". The answer is quite simple, because whites care!

The white community is blessed with people like Sunette Bridges and others actually taking the time, trouble and expense of documenting these murders for us. Or is Sunette Bridges also expected to do this on behalf of other groups also? Would the blacks, coloureds and Indian community do this for whites?

While liberals are focused on denying these murders, lists like these prove the minimum number of whites murdered, because each and every one of these cases have been referenced and verified. So even with all the best efforts of internationally funded businesses like Africa Check and others, they cannot deny these murders. While we cannot state that this list is a complete list of all the whites murdered, it does prove the minimum number of whites murdered between January the 1st 2013 and December 31st 2013.

While Sunette's message is written in Afrikaans, the list of murdered whites is compiled in English.

South Africa - A Failed State, But Denied to Make the ANC Look Good

“This is the first time I have felt anxious about the future,” “We never felt pessimistic, we felt optimistic all along, but now, I feel worried for the first time.”  admitted Leon Louw, a prominent anti-apartheid activist and executive director of the South Africa-based Free Market Foundation.

Please see "Further Reading" at the end of this page

The year 2013 ended with the news that South Africa’s state debt was rising alarmingly high. While the debt equalled 27% of the country’s gross national product (GNP) five years ago, it has now risen to 40%.

When SA's debt reaches R1,7-trillion it would mean that each citizen would owe R33,300 without having bought anything, BUT 99% of all taxes are paid by only 3.3 million South Africans.

Mandela’s legacy: The Collapse and Destruction of South Africa

"We all know that land reform is one of the trickiest and most emotional issues facing South Africa. If handled badly, it could even create civil war. It could certainly lead to food shortages, prices going through the roof and an increase in food imports we can ill afford." - Clem Sunter

"South Africa’s credit risk is rising relative to emerging-market peers on investor concern the nation may get downgraded as economic growth sputters and borrowing costs increase."

"Moody’s Investors Service and Standard & Poor’s have a negative outlook on the nation’s debt."

"South Africa’s default swaps are the fourth-highest among 25 emerging and major markets monitored by Bloomberg."

"The rand’s 18 percent plunge against the dollar this year, the worst out of 16 major currencies tracked by Bloomberg, is threatening to fuel inflation, reducing the central bank’s room to stimulate the economy."

“This is the first time I have felt anxious about the future,” admitted Leon Louw, a prominent anti-apartheid activist and executive director of the South Africa-based Free Market Foundation. He told WND that throughout all of the turmoil in South Africa in recent decades, “We never felt pessimistic, we felt optimistic all along, but now, I feel worried for the first time.”

The beautifully decorated rotten egg hailed as a saint

So it took a beautifully decorated rotten egg to draw blinded sheeple from their closets. 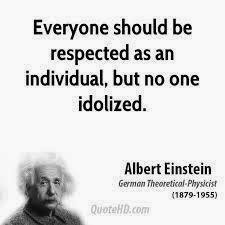 Here was a rotten egg that was painted with absolute care over a prolonged period of time, along with much patience and planning. Much thought went into its design, for this rotten egg was to be marketed to the world as the absolute masterpiece, the most perfect piece of artwork the world had ever seen.... a ruthless terrorist presented as a pacifist, as a man of peace, a peace-maker and a saviour, a hoax if ever there was one.

Suddenly now we are finding more-and-more people, even supposedly conservative people, people promoted as "leaders", praising the painted rotten egg, wishing Mandela well, forgiving him and wishing for him to "Rest In Peace", that beautifully painted rotten egg.

We see it all day each and every day on Facebook, on Twitter, in the newspapers, we hear it on the radio, see it on Television.

Behold, the messiah of the ignorant, childish, feeble-minded sheeple.

Most people of the world are like the mice, the rats and the children of Hamelin blindly following the Pied Piper, entranced by the beautiful, hypnotic sounds coming from his flute that leads them to hell.

It is sickening to see how people are praising a man who refused to renounce violence until the day he died, the very same man who gave the order to shoot to kill at Shell House, a massacre of Zulus, and this after he was released from prison, the man of peace, the man that was awarded the Nobel Peace Prize, the man who pleaded guilty to his acts of treason and terrorism at the Rivonia trials.

What makes Mandela different and special?

A listed terrorist until 2008 that went around hugging people and those hugs turned him into a humble saint, a "flame that lit the world and symbolised hope."?

Is it not strange how simple hugs and pretentiousness charisma could suddenly change people's perception of a terrorist?

"One could change a man's personality, but never his character." The character of a terrorist can never be changed. Once a terrorist, always a terrorist.